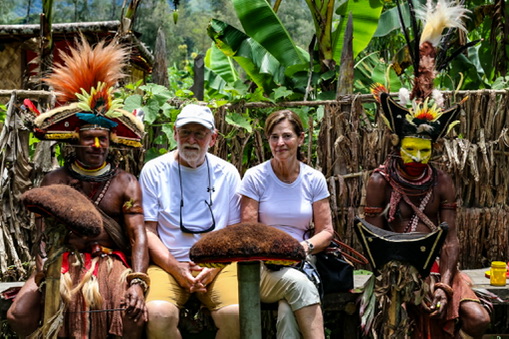 The Huli Wigmen are a proud tribe from the Huli territory in the highlands of Papua New Guinea. The Huli are proud people who believe they descended from one man called Huli, who was a masterful farmer and gave them the rich fertile land they enjoy today in the Huli Territory.

Young Huli adolescent males are separated from their mothers and sisters due to the belief that the Huli women are dangerous witches who suck away a Huli man’s masculinity.

Young Huli boys join the Haroli bachelor cult and live in seclusion hidden in a secret place deep in the Papua New Guinean Jungles. After a period of 18 months to 3 years where the Huli boys ritually purify themselves and their hair with oils and herbs, they present themselves to the village with their full head of hair ready to be harvested and become a Huli Wigman.

Like most refined cultures, the Huli have a ceremonial attire and an everyday atire.

Below a Huli Wigman wears his everyday attire. The wig is lighter in colour, and his face is hardly painted. When travelling in town centres of Papua New Guinea, you will see the Huli most commonly dressed like this. 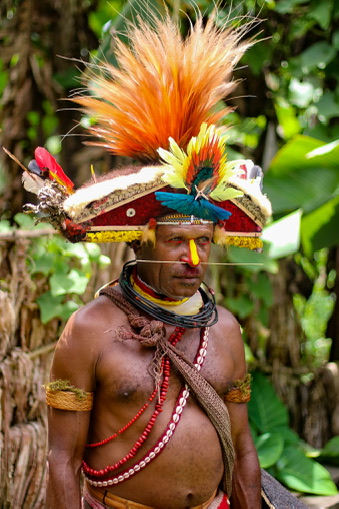 For Ceremonial purposes, the Huliwigman will wear a dark wig with his face painted entirely of yellow, red and white. 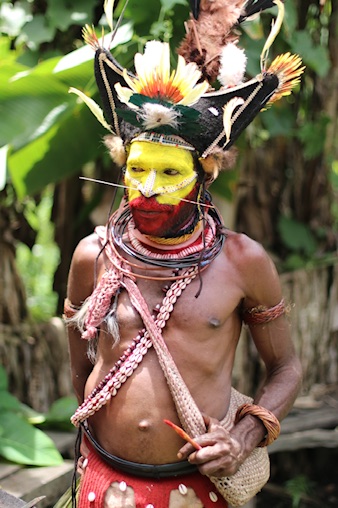 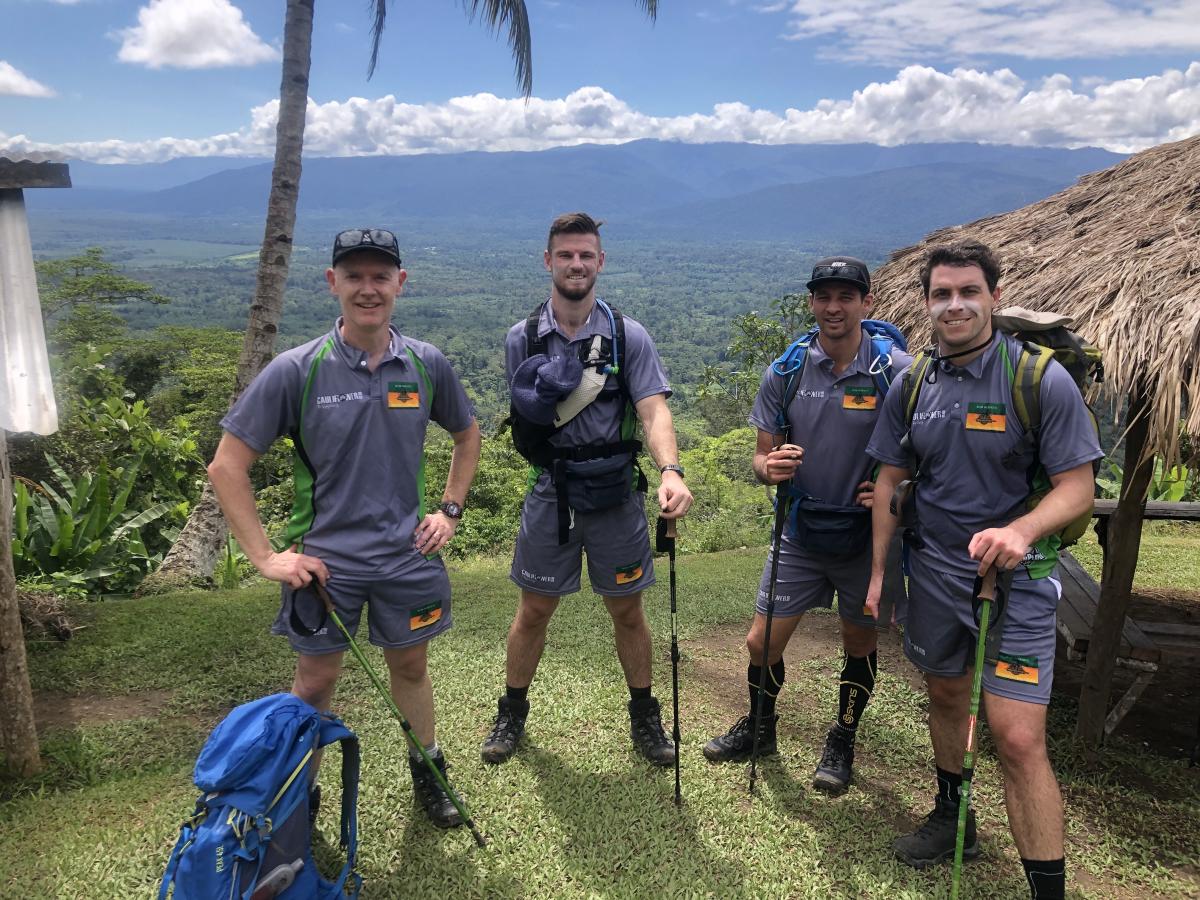 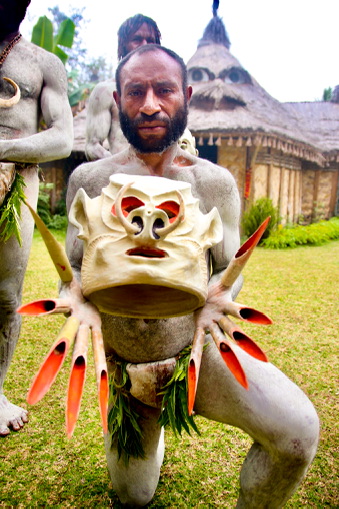 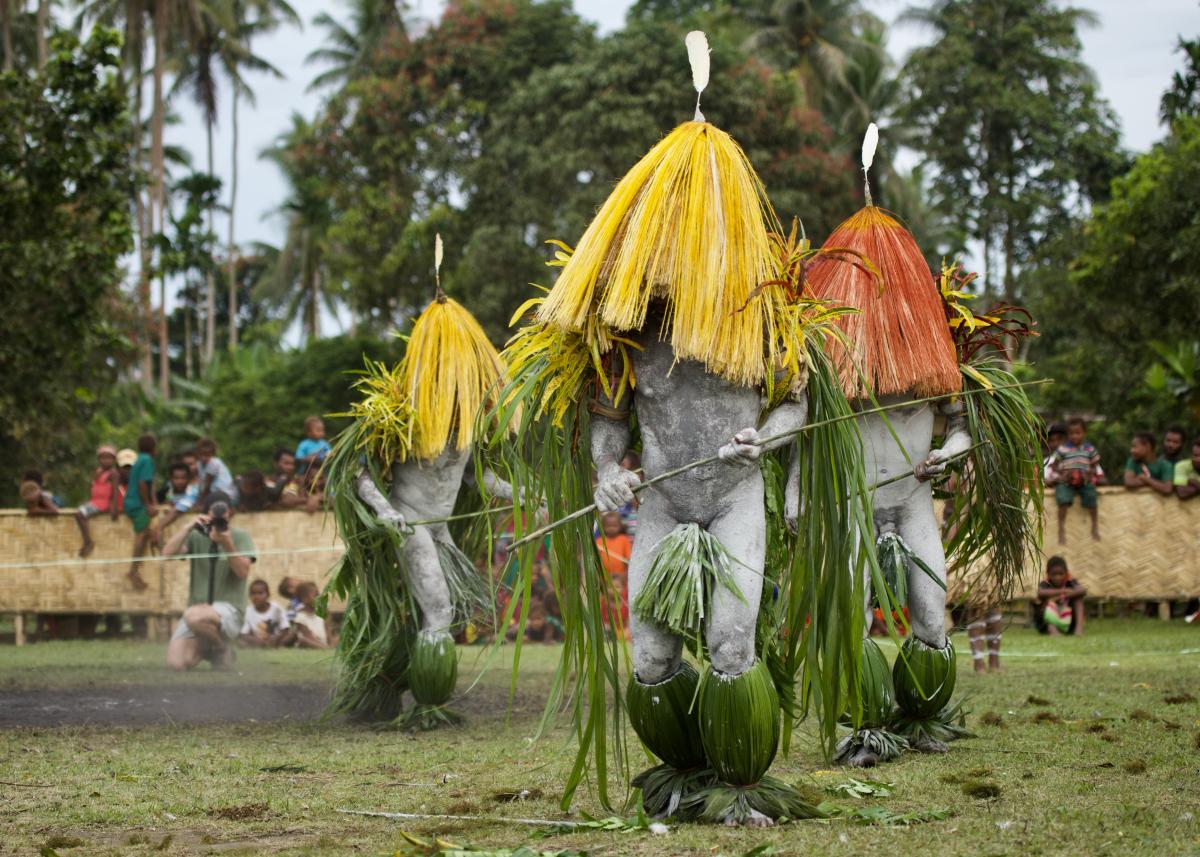 Know your Culture – The Burham Spirit.

The Burham is a dance performed by spirit figures who have come to dispose of the remaining properties of a deceased person....